16, May 2016: Up to now, Airwheel has made great achievement. Airwheel specializing in self-balancing electric scooter took shape and a bright future lied before itself years ago. Airwheel launched its first electric unicycle, which soon became a best-seller and was well-received among customers. Consequently Airwheel Technology has been dedicated to developing cutting-edge transport means as well as better user experience ever since. Today, attention will be paid from 2015 to 2016.

In the year of 2015, Airwheel launched two new product release conference with a massive success. In these two new product release conference, Airwheel released its sitting-posturing electric self-balancing scooter A3, the personal AVT S5 and M3, Z3, S6 and F3. Different from the previous models in S series, S5 is a modified and updated version of S3 and it is positioned as a personal ATV. While, S6 mini saddle-equipped electric scooter is featured by its dual-ride mode and the mini modelling. 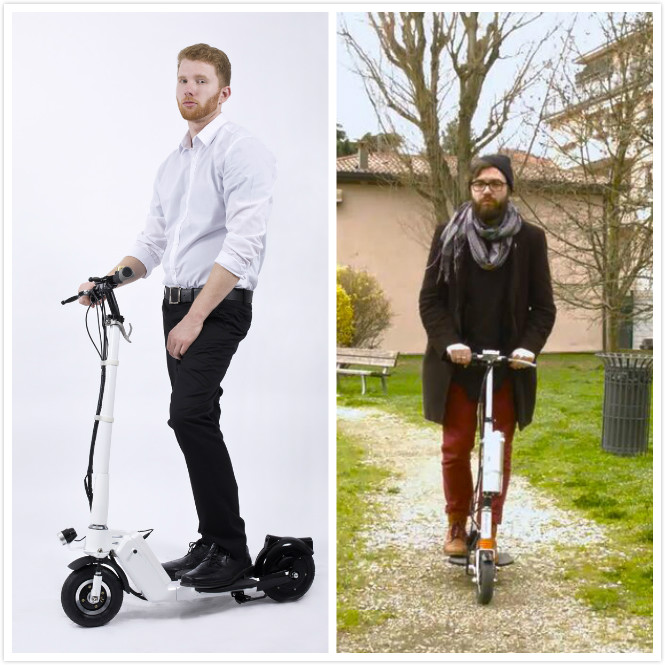 A series, as a brand new series have made breakthroughs in various respects, such as the riding mode, protection from vibration and connection into the mobile phone. In terms of newly introduced technology, Airwheel is still worth a praise. It ushered in the phase of sit-on mode of ride in A3. The change in the mode of ride offers a more comfortable ride to the riders. Z3 and M3 are developed on the traditional vehicles. For instance, powerful motor and remote control are added to M3 electric skateboard, based on the design of traditional skateboard. 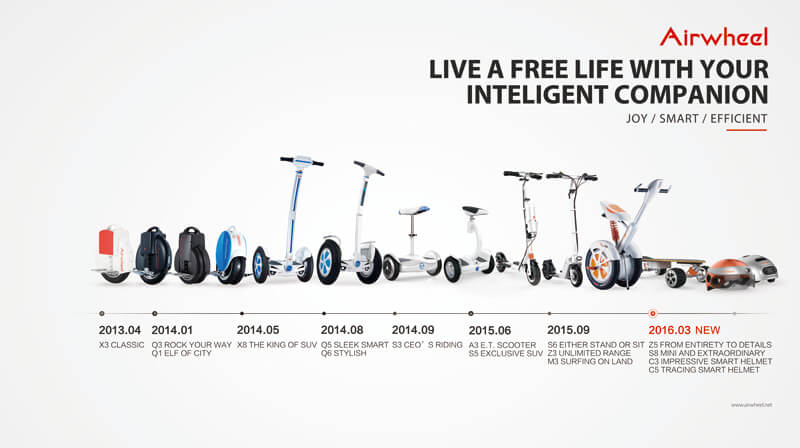 At the beginning of 2016, a new products release conference was held in Germany to widen the Europe market. With the join of Z5, C3, C5, S8 and S9, Airwheel is leading the electric self-balancing scooter industry into a more intelligent era, especially the Airwheel S9 that is more than a two wheel self-balancing electric scooter, but a wheeled mobile robot to be perfected in the future. Airwheel will continue to launch more products to keep its competitiveness.