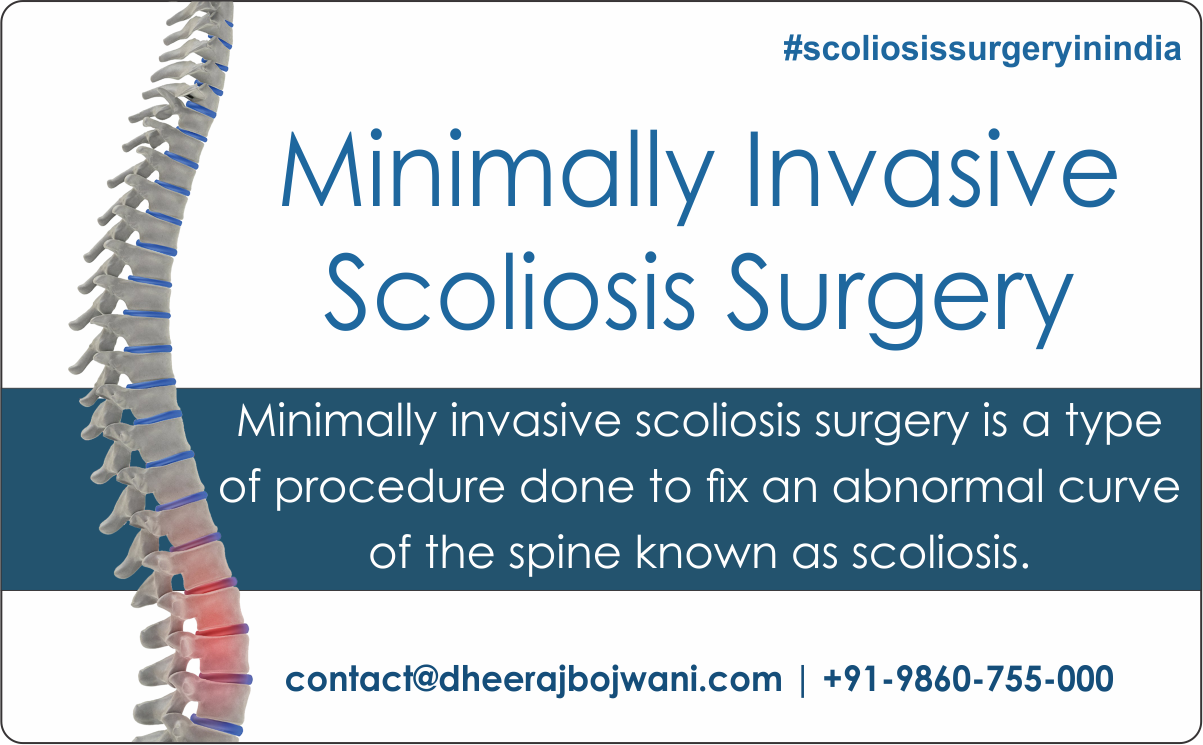 Children with severe cerebral palsy (CP) experience exaggerated reflexes, floppy or rigid limbs and involuntary motions. This is due to abnormal brain development, often before birth.

For children with severe cerebral palsy, surgery for scoliosis (sideways curvature of the spine) significantly improves the quality of life for them and their caregivers.

Kaya Naidoo came with her dad from Bloemfontein, South Africa to be treated for scoliosis. Kaya is suffering from severe cerebral palsy since her birth and her parents wanted to try everything that could give her a better chance at life.

Studies has provided evidence that surgery for scoliosis improves outcomes important to severely disabled children with cerebral palsy outweighing the substantial rate of complications during the first year after surgery.

Scoliosis surgery in India has successfully been able to help children in levels IV and V and could not be able to control by wearing a brace.

“Her problems are not entirely gone but then it’s a relief that she has stepped up towards a better quality of life with her scoliosis surgery in India”- Father said.

The abnormal spinal curvature of kaya caused her a wide range of problems, including inability to balance in a seated position, continuous back and neck pain, and possibly long-term adverse effects on lung, heart, and gastrointestinal function.

Her scoliosis treatment has helped her to overcome this bump in the road by inhibiting scoliosis progression any further. According to the doctors it was a rare and complicated surgery and the uncertainty about the results has made this a even more difficult choice for kaya’s parents.

Scoliosis surgery significantly reduced the spinal curvature. On a standard x-ray measurement and the curve was reported to reduce from the severe to the mild-to-moderate range, on average.

In addition there were improvements in the areas of personal care, positioning, and comfort. After almost a year of the surgery the couple reported that their child’s condition is improved massively.

“We are really happy to see our baby girl making progress, now she is calmer and apparently happy. We can’t thank Dheeraj Bojwani consultants enough for making this real”- the couple said