The Basis for Polyester and Polyurethane: Ceresana Analyzes the Global Market for Toluene

Fuel additives or solvents, basis for polyurethane plastics or explosives: Toluene is used in a wide variety of applications. "The market volume is considerable", says Oliver Kutsch, CEO of the market research institute Ceresana: "In 2013 toluene worth US$24.5 billion was sold worldwide." A new study published by Ceresana analyzes the world market for this important petrochemical.

Processing into Benzene and Xylene

Toluene is an aromatic hydrocarbon. Its direct production based on crude oil or coal is not commercially viable. Thus, toluene is usually manufactured as a by-product of crude oil processing. The predominant application for toluene is the production of other chemicals: In 2013, about 56% of all the toluene consumed were converted into benzene and xylene. Hydrogen dealkylation (HDA process) yields benzene, while toluene disproportionation (TDP process) and transalkylation of toluene can be used to produce both benzene and xylene.

The main reason for xylene being of commercial interest is the strong increase of global demand for paraxylene. Paraxylene is mainly processed into terephthalic acid (TPA), which in turn is largely utilized to manufacture polyesters or PET plastics. The largest sales market for these are polyester fibers. Especially in Asia-Pacific this industrial sector experienced a significant boom in recent years. By now this region accounts for almost 80% of global demand for paraxylene.

TDI in Demand for Polyurethane

Polyurethanes are conquering ever more application areas: Plastics, foams, adhesives, varnishes, or textile fibers. As a result, demand for the intermediate product TDI (toluene-2,4-diisocyanate), manufactured from toluene, rises. Asia-Pacific in particular is seeing a strong expansion of production capacities for this material: In this region, demand for toluene in the production of TDI is projected to increase by more than 4.4% p.a. until 2021.

Producers in Western Europe and North America under Pressure

Consumption of fossil fuels is falling in many established industrialized countries. Operators of refineries in North America and Western Europe are faced with increasing competition of the modern refineries that are put into operation in Asia-Pacific and the Middle East. Possible closures of refineries could lead to a reduction of the supply of the by-product toluene. Producers in industrialized countries in the west are also coming under pressure because output of benzene in the Middle East and in Africa is rising significantly. A large amount of this benzene is exported onto the world market. Consequently, less toluene is converted into benzene in other regions.

The Study in Brief:

Chapter 1 is a description and analysis of the global market for toluene. Development of demand, revenues, and production are explained in detail. Additionally, data on existing and future production capacity is provided. This report also offers an extensive insight into the development in individual countries and regions.
Chapter 2 examines the 25 largest countries of the market in more detail and provides information on demand, revenues, production, import, and export of toluene as well as capacities. Demand for toluene is analyzed split by the segments benzene, xylene, TDI, solvents, and other applications.
Chapter 3 offers a detailed analyses of the various applications for toluene, for example the production of benzene and xylene. This study contains data on demand development, split by Western Europe, Eastern Europe, North America, South America, Asia-Pacific, and the Middle East/Africa as well as consumption figures for the most important individual countries in these regions.
Chapter 4 is a useful directory of producers, clearly arranged according to contact details, turnover, profit, product range, production sites, profile summary, product-specific information as well as existing and future capacities at individual production sites. Extensive profiles of 61 manufacturers are provided, including Braskem, China National Petroleum Corporation (CNPC), Chinese Petroleum Corporation (CPC), Eni SpA, ExxonMobil Corp., JX Holdings, Inc., LyondellBasell Industries NV, National Petrochemical Company, and Sinopec Corp. 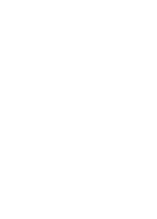